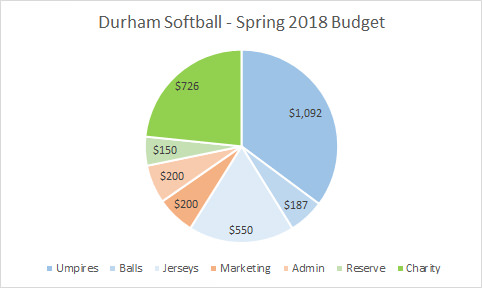 To make the games mean something, the teams are also playing for bonus donation amounts that are distributed from the Sponsor Donation Pool. Teams can earn extra bonuses for their Sponsors by achieving several different goals during the season.

Including our weekly donation contests, we are projecting a minimum donation of $800 for our 2018 Spring Season. The donation range for each of our 8 charities will be between a $28 and $214, depending on how many games the team wins, where they place in the regular season, and how well they do in the tournament.

The amount of the 5th place team’s regular season earnings will also be donated to South Durham Little League, Kidznotes, and Meals on Wheels. All donations will be made with a one-time payment to the Sponsor at the end of the season, once the final amounts have been calculated.

Receive registration reminders, announcements, and details on our weekly promotions during the season! Please email playncinc@gmail.com with your interest!